Ho Chi Minh City (or Saigon) was the 2nd city we went to. While Hanoi is where the seat of government is, Saigon is Vietnam’s commercial hub. 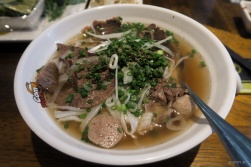 The Pho is different from the ones in Jakarta. The soup is clearer while the noodles are more opaque. The taste is also lighter in general. Nice!

The Chu Chi Tunnels were part of the immense network of tunnels used by the North Vietnamese during the Vietnam War.

Alas it was raining so we didn’t join the walk through the jungle. We settled on seeing the tunnels on YouTube

HCM is lined with with small road side food stalls. Interestingly the chairs almost always face out. 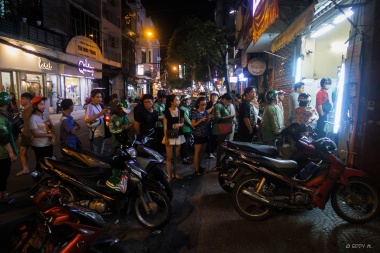 Yes it’s as good as it looks. A foot long baguette filled with pork floss, pork, beef and chicken ham with pickles and herbs on top. To die for really.

The Mekong is the 7th longest river in Asia and is a major trading route between South East Asia and the rest of Asia. We were brought to My Tho, a city that lies along the Mekong Delta. 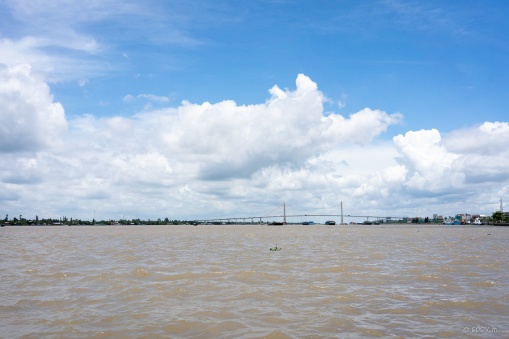 The next day we visited the Mekong River which runs through China’s Yunnan Province, Myanmar, Laos, Thailand, Cambodia, and Vietnam. 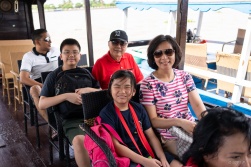 The ferry is spacious.

Alas… no real guard rails to speak of. 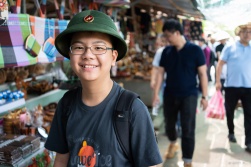 A short sampan ride in My Tho River by the Mekong Delta. 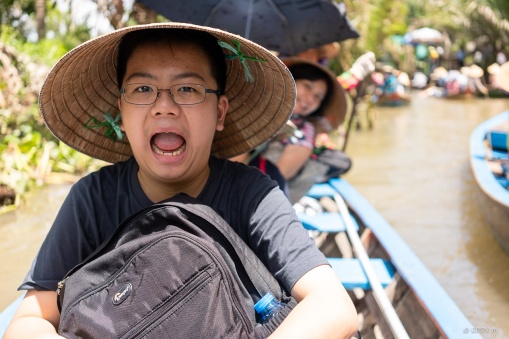 The river is shallow and packed with sampans carrying 4 passengers each. 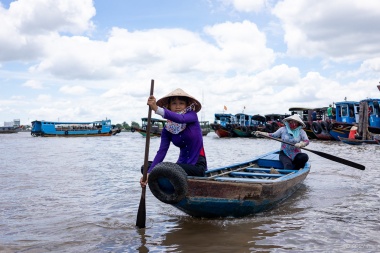 The river flows out to the Mekong Delta where our original boat awaits to bring us back to shore.

If only the Ha Long visit had this type of sky. Oh well…

Obligatory couple shot. At least one. 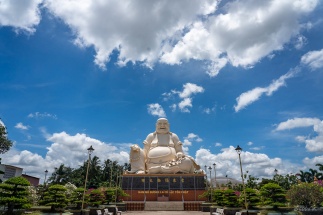 Vinh Trang Temple is near My Tho. 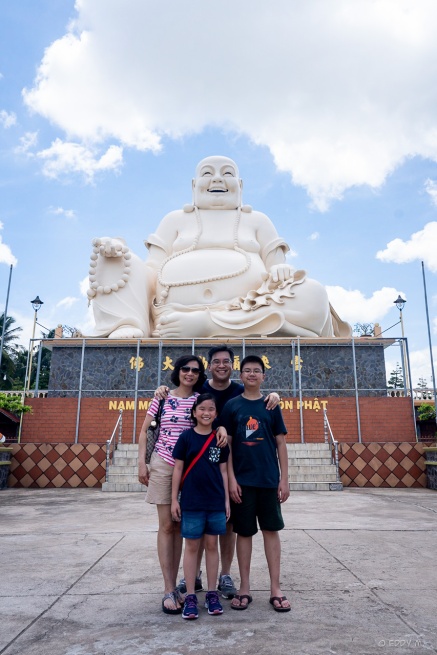 This is Budai or the laughing Buddha. Budai is a semi-historical monk who lived in 10th Century China and is now venerated as a Bodhisatva.

There are many Buddhas and Bodhisattvas in the temple, including the huge reclining Gautama Buddha.

Saigon itself retains many remains of the Vietnam War but is now a bustling city oozing with capitalism.

For example, the War Remnants Museum pretty much showcases all the atrocities the US inflicted during the Vietnam War and yet ironically, there’s also a souvenir shop located in the main atrium.

In direct contrast to the peaceful temple we left, our next stop after lunch was the War Remnant Museum which was called ‘Exhibition House for Crimes of War and Aggression’ before normalization of relationship between the US and Vietnam in the 1990s. Not burying the leed eh Vietnam?

In the main courtyard are a display of US and South Vietnamese equipment that were captured. This is an A-1 Skyraider. — in Ho Chi Minh City, Vietnam. 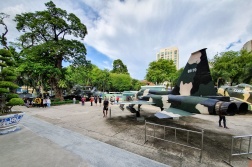 This is an F-5A Tiger. I believe the markings are wrong as they were flown by the South Vietnam Air Force. The USAF never flew the F-5A. — in Ho Chi Minh City, Vietnam.

Inside are 3 floors of photo galleries documenting the atrocities of the Vietnam War. They are all brutal and uncensored. The gallery includes the Pulitzer Prize winning ‘Napalm Girl’ photo by Nick Ut. — in Ho Chi Minh City, Vietnam.

There is also a gallery of the captured small arms used by the American forces and her allies. — in Ho Chi Minh City, Vietnam.

One way to relax. 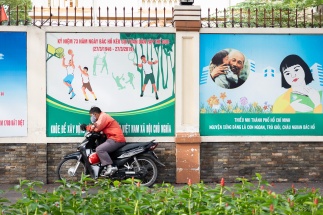 Trying out a recommendation from the tour guide. Sittting like the locals!

Hot and chasing the flies away.

Alas, our time in Vietnam was up. It was a hot but enjoyable trip. There’s something very ‘old world’ about Vietnam that I can’t adequately put into words and I plan on making another trip to the other major cities that I didn’t manage to go to like Da Nang and Hoi An.

Alas, it was our last evening here in Vietnam. 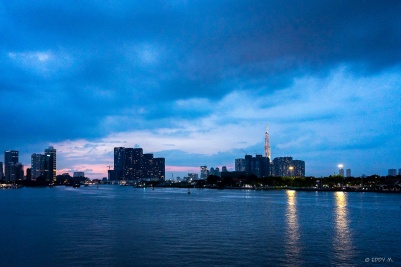 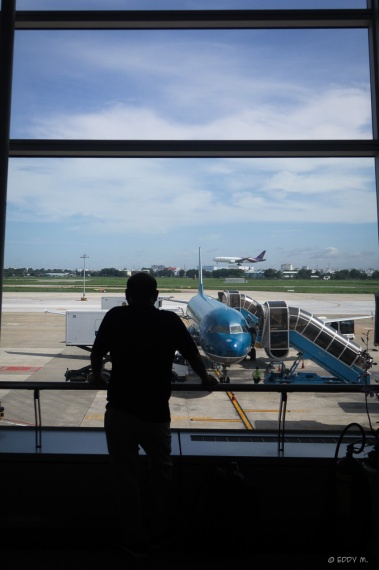 Bags are packed and ready to go…

Bye Vietnam! Cảm ơn for everything!

Just a site for my musings and photography, one post at a time.

Unless indicated, all photos by me. My Rights Reserved.